Is Watercress good for you?


We started growing watercress in our pond by accident a few years ago.  Rachel was sprinkling a few seeds onto some soil in a seed tray and some fell into the pond.  Since then we have a regular crop of watercress year by year.  In our family, I'm the only one that eats it and so most of it never gets eaten!

Is it good for you?

Easy answer is yes.  It contains Vitamins A, B, C and E.  Also has some other trace elements which are useful - iodine, iron and manganese.  Amongst the various attributes, it is said to have anti cancer properties and has a general tonic effect.

How is it grown?

Ideally it needs running water from which it picks up various nutrients.  In our pond we have a water pump which circulates the same water through a filter with the aim of keeping the pond clear and healthy.  It seems to work judging from the health of the plants, handful of goldfish and the frog / tadpole population.  We never clean our pond out; it just seems to have the right balance and goes along nicely on it's own.  I think the circulating water helps but I'm not sure it is absolutely essential for watercress.

It dies back to a certain extent in the winter and looks pretty hopeless when it is encased in 10 cm of solid ice but it seems to bounce back alright on it's own.

Watercress has been grown in the UK over a long period of time but became particulalry popular in te Victorian times when large quantities were grown in Hampshire and Wiltshire.  Such was the demand in London, there was even the "watercress line" which was a special train service that brought the produce straight to the market at Covent Garden.  I got reminded of this when I had a bike ride last Saturday and came across these at (I think Whitwell) and had a brief conversation with these two men.  They explained they only sell the watercress through Farmer's markets and not to supermarkets.  They're having some problems in coping with the low water levels we are experiencing at this time of year (for readers around the world, we have a water shortage in the UK with various measures in place to conserve water).

How to use it

I like it best raw and I enjoy the peppery taste.  I enjoy it in a cheese sandwich or in a salad, just one or two stalks at a time, not too much.  If you don't like the taste but want the benefits, it could be used in mash potato or easily mixed up with cottage cheese and still eaten raw. 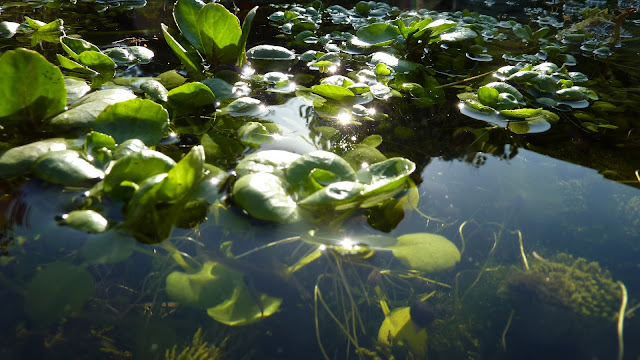 A word of caution!

Always wash and inspect it before you eat it - look out for tiny creatures you may wish to avoid!